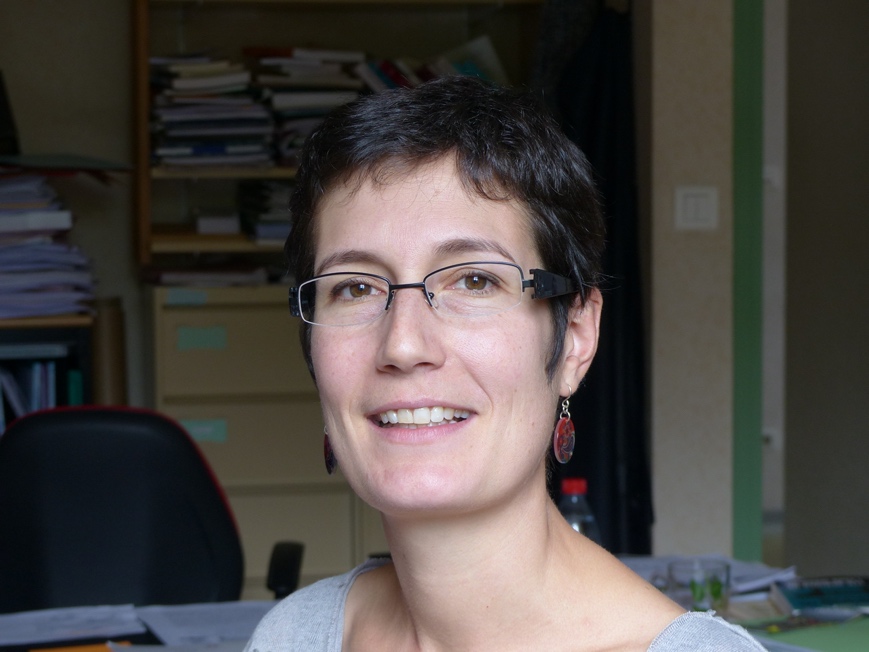 Investigating veterinary homeopathy (3). To believe or not to believe?

This third post about investigating the uses of homeopathy on the farm addresses my own relationship to the field. Is neutrality stance possible when dealing with an alternative medicine that is both mainstream and controversial?

Since homeopathy emerged in Western Europe at the end of the 18th century, its therapeutic effects have been a matter of controversy within the medical world. These controversies have recently gained momentum in France, with general practitioners and specialists publicly demanding that it be delisted by the Social Security. In an article published in Le Figaro on March 19 2018 and signed by 124 healthcare professionals, homeopathy is described as "charlatanism". Doctors who practise this form of therapy are accused of lacking ethics, because they prescribe products the effectiveness of which has not been proven by institutional science. In response to these criticisms voiced in the media, groups of homeopathic doctors have filed complaints with several departmental orders of physicians for lack of fraternity.

In such a context, the simple fact that, as a researcher, I am interested in veterinary homeopathy is generally interpreted both by its supporters and its detractors as a desire to legitimize this type of medicine. On the one hand, I receive encouragement from veterinarians and livestock farmers who regularly use homeopathy. For these people, my research would make it possible to have this form of medicine recognized and disseminated, particularly within my own research institute, INRA. On the other hand, I have to face the incomprehension of many people, not only in my professional circle but also from friends and even family, who do not see the point of studying a therapy that is based on a “simple placebo effect”.

How can we justify working on an object or technical device the practical efficacy of which is in dispute? One standard approach used by social science researchers is to explore the historical, social and political contexts that allowed this object or technical device to emerge, and to leave aside their real or supposed material effects. One does not need to believe in the existence of flying saucers in order to study the functioning of groups of ufologists (Lagrange, 1990), nor - to return to the field of agriculture - to believe in the effects of soil fertility activating powders in order to analyse the associated forms of consultancy and commerce (Goulet and Velly, 2013). The historian Olivier Faure has thus reconstructed the history of homeopathy, from its gradual development by Samuel Hahnemann in Germany as from 1796, through to its current use, in order to understand the reasons for its success (Faure, 2015). The entire introduction of his book is devoted to explaining and justifying his neutral stance with regard to this form of medicine and its therapeutic efficacy. Olivier Faure thus focuses on the complex links between the advocates of homeopathy, various political and religious movements and sundry economic actors. He explores the strategies of alliance with some and of radicalization against others. Homeopathy has thus gradually been built in head-on opposition to conventional medicine.

While the story of homeopathy’s extension into the field of animal health remains to be written, recent studies give us a glimpse of the reasons behind its current use in livestock production. Homeopathy is one of the rare alternatives to conventional medicine available to veterinarians and livestock farmers who have experienced what they consider to be the limitations of conventional medicine and who wish to treat "differently" - in particular by reducing the use of antibiotics (cf. Lorène Piquerez's blogpost on homeopathic veterinarians in France and Switzerland: https://ritme.hypotheses.org/1580). This privileged position in a market of non-conventional therapies would seem in part to explain its growing momentum, despite the multiple attacks to which it is subjected. 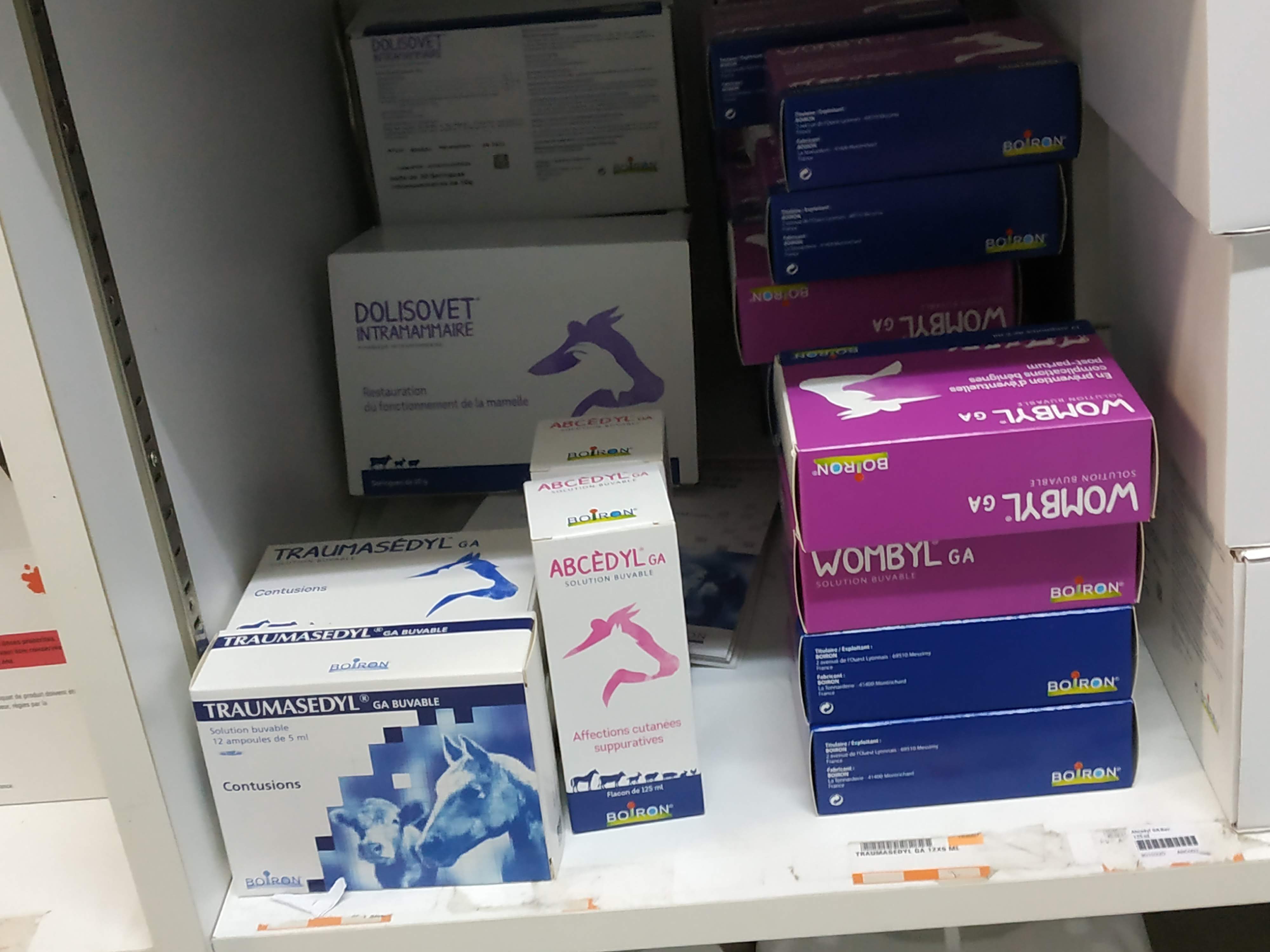 A position of uncomfortable neutrality

But throw the question of the therapeutic effectiveness of homeopathy out the door, and it will come back in through the window. During my field investigations I had to face the question of my own belief in homeopathy. For the very first time I attended a training course on the holistic approach to animal health; it was given by a homeopathic veterinarian and was aimed both at existing organic farmers and those in the process of converting to organic farming. The objective of this course was to introduce them to various techniques that would help them to better control health risks and thus reduce the use of antibiotics. It concerned preventive methods relating to livestock farming practices and feeding, and alternative medicines. His presentation of homeopathy was very much to the point and covered precautions for use, including the need to keep tubes of homeopathic granules away from electromagnetic fields. He gave the example of granules placed in livestock buildings, near an electrical distribution box or near a mobile phone, resulting in the granules losing the information they held. I was disconcerted to think of all those women carrying handbags that contained medicines which, according to this veterinarian, were medicines no longer.

Later on, in the Jura, I met several livestock farmers who were passionate about homeopathy and who took the time to explain to me how "it works". Over the course of the interview, I asked for clarification on certain points and I rephrased what they said to ensure that I had fully understood the homeopathic approach and how it works. In trying to grasp the logic and coherence of these uses of homeopathy in animal healthcare, I sometimes found myself trapped within my scientific culture, linked to my initial training as an agricultural engineer. As the livestock farmers spoke, I sometimes found myself believing what they said and being convinced by a given explanation. At other times I had doubts when faced with interpretations of diseases that were too far removed from my own interpretations.

It is difficult to maintain real neutrality when interviewing users of homeopathy. But does not the fact of believing or not believing influence the way in which I approach this type of medicine? Does it not orient my understanding? When I read O. Faure's book, I sometimes had the impression that he did not really believe in homeopathy. This is the contingency effect produced by a number of studies in the history of science, which creates a feeling of extreme relativism: any technique might be worthwhile in the absolute; those that made it through will be those that benefited from more efficient development strategies, and homeopathy was maintained while a multitude of therapeutics that appeared at the same time disappeared forever.

A sociological point of view on the question of therapeutic efficacy

This question of effectiveness was part of my interest in homeopathy, even though I knew I would be tackling a delicate subject. For the livestock farmers I met, there is no doubt that "it works": their animals are healthy and they use fewer antibiotics. Unlike the early homeopathy trailblazers, they are not engaged in political or ideological struggles over homeopathy. They have simply found this therapeutic approach to be of practical interest therapeutic approach. How can I understand their point of view? How can I grasp "what works" and what, according to them, helps them to better manage the health of their herd?

As numerous works in the sociology and anthropology of medicine have shown, drugs are just one element of the healthcare system, which also includes medical acts, words, in short an entire relational framework that directly contributes to the effectiveness of a treatment. In dairy farming, the care relationship involves many different players: the animal or herd, the livestock farmer, sometimes the spouse or partner, the father or mother, the veterinarian and perhaps other technicians or livestock consultants. This relational context and the various exchanges that take place within it deserve to be taken seriously, and sociology provides methodological and theoretical tools to analyse them. Such an approach was initiated in the case of human homeopathy (Gomart, 1995). The results of my own studies on livestock farming show that the relationship between farmers and their animals is profoundly modified when there is recourse to the homeopathic approach: it benefits from improved monitoring and a greater understanding of the animal's health status (Hellec, 2019).

These works must be continued, and these initial results must be confirmed. By grasping what “works” in the homeopathic approach as implemented by livestock farmers we will gain a better understanding of the work of care and of what underpins the power to heal, above and beyond just homeopathy.